A sample recently collected from a hunter harvested, white-tailed deer in west-central Lauderdale County has been confirmed positive for Chronic Wasting Disease (CWD). This is the first case of CWD detected in Alabama’s deer herd.

The sample from the CWD-positive deer was submitted as part of the state’s ongoing CWD surveillance and volunteer testing program. Preliminary tests performed at the Alabama Department of Agriculture and Industries discovered the non-negative case, which was then confirmed positive by the National Veterinary Services Laboratories in Ames, Iowa. 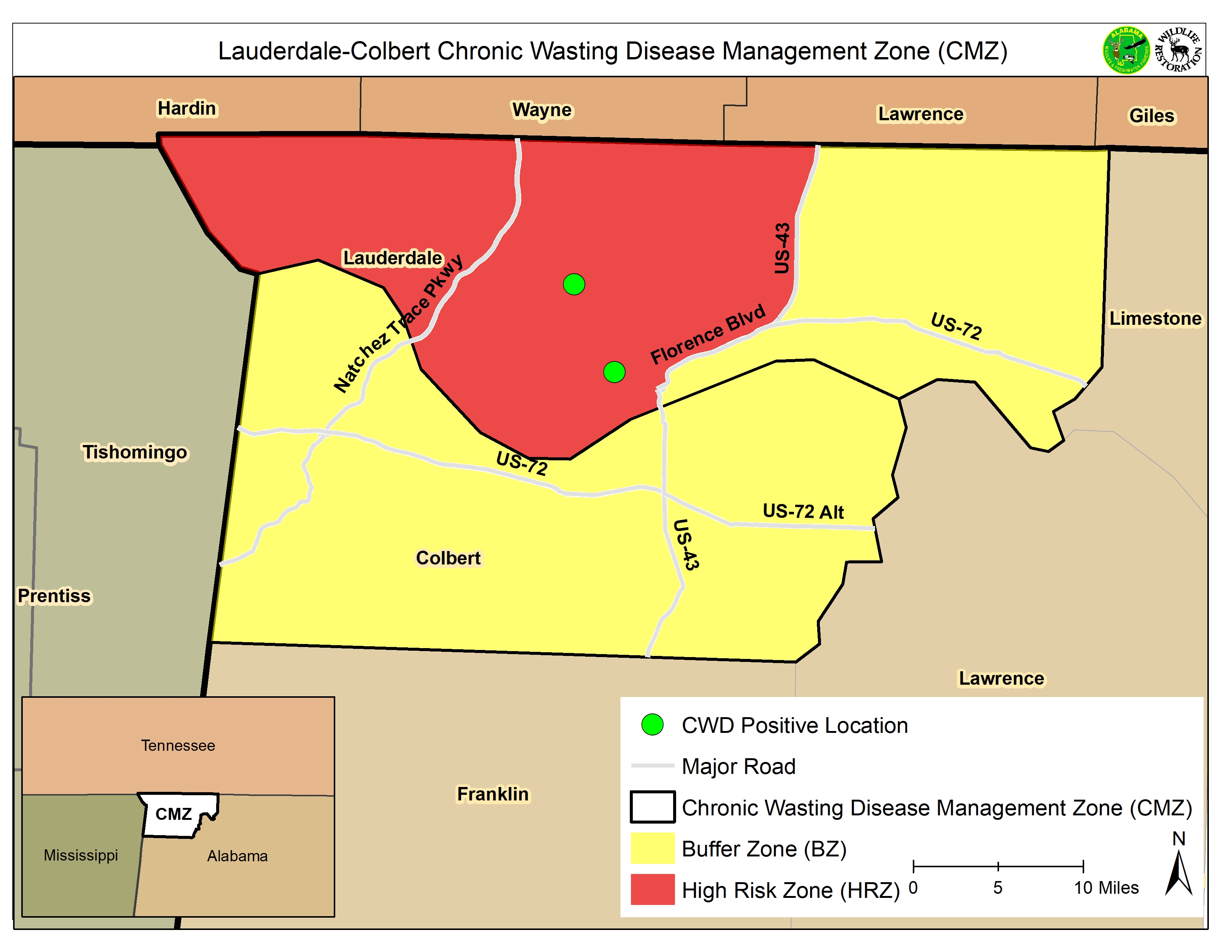